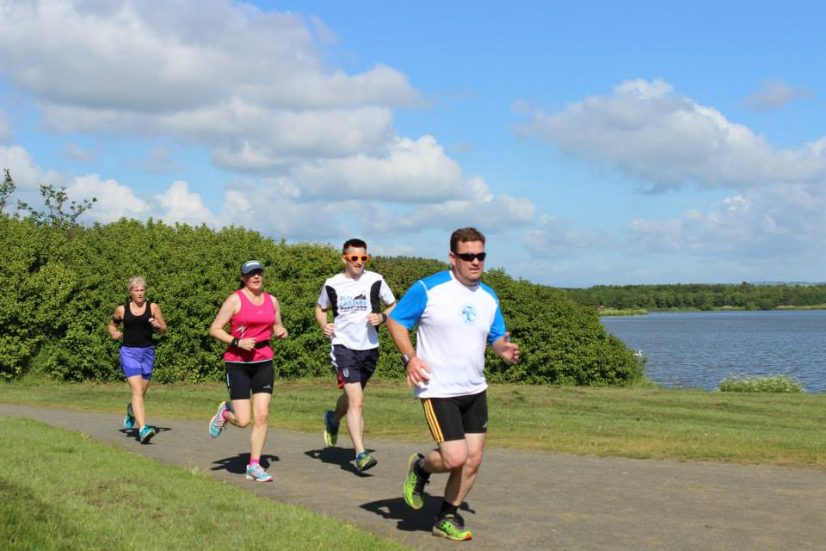 Fast-forward 4 weeks (or click on my third ever activity on Strava – whatever is easier), I get back out there with my trainers on. Start small and build it up were the thoughts playing in my head, being all sensible now I kept this run down to about 24 minutes covering 1.8 miles of run/walking and I was pleased with myself for being sensible. While I had my sensible head on, I also decided to have a day off running the next day just in case the same thing happened. Luckily it didn’t, I had a day’s rest in the tank so I went back out again – 2 miles of run walking in about 23 minutes 30 seconds.

This basic plan of build it up slowly and have a rest day seemed to be working – from 3.5 miles of run walking over 49 minutes starting in the August, to 5 miles in 58 minutes by October, I now had an average pace of 10 minutes 30 seconds a mile. I was pleased with how far I had come. It was at this point I decided to give myself a goal, the obvious one being the local attraction – The Great North Run. I had no idea when the ballot would open but I was going to put my name in the hat.

It was also around this point that injury decided to strike now that I was getting over 8K. I started to get the same pains as I did after my first ever runs, this time in my other foot, being a runner I self-diagnosed and recognised it to be strained ligaments. Trying to not be in denial I decided to rest up and seek advice. Now I think it was the suggestion of a veteran runner I worked with that I should go visit a running shop and get a pair of shoes fitted.

After a couple of weeks of rest I decided to visit a large running store in the city centre and I had what I thought was a fairly thorough check of my feet and how I moved etc. It was decided I had flat feet and that I needed a lot of support. I ended up in a pair of Brooks Adrenaline GTS 13.

Before long it was January of the New Year (2014), the GNR ballot had opened and as I promised myself I entered. A few clicks of the website and entered my card details …DONE!

Leap forward to February and it all became VERY, VERY, real …I had made it into the Great North Run!! Given that the GNR was going to be quite a challenge for me (possibly to never repeat), I wanted to do something positive so I put myself down to raise funds for 4 charities that had impacted upon the lives of me, my family and friends: Cancer Research, Motor Neurone Disease Association, Tommy’s and Action Duchenne.

I kept up the running and resting and started to push towards 9 miles by the March! I had been hearing about a beginners running group looking to expand into intermediates in my local area. I decided to explore this further as it wouldn’t do me any harm to get out with like-minded people.

Turned out I was right, the intermediates of the Hirst Welfare runners was launched in May 2014 and I think I started attending towards the end of that month when I was now hitting 10 miles on my long run!

On my first run out with the Hirst Welfare Runners, I met a wonderful bunch of people and very helpful coach who was a very experienced runner himself. This was just what I needed, help from a coach and the additional motivation of running in a group. The information coming from the wonderful group of people was thick and fast. I learned about parkrun, GNR do’s and don’ts, running shoes, body glide …the list goes on. What was great for me was that by the June/July I had a number of new friends who had already done the GNR and hell bent on making my first one go smoothly. Plans for a taxi to the start line and a lift home at the end …amazing!

It was going well, very well indeed. You could say it was going too well and you would be right. With all this running I had been oblivious to the fact I had been racking up the miles in my shoes. They were looking sorry for themselves so I took them back to the same shop I bought them from and asked for something suitable for my first Great North Run. At the time I trusted everything I was told in the store, I was presented with 3 possible support shoe candidates to replace my Brooks GTS 13’s – They were Nike (too tight), Asics (felt nice but I was told supported the wrong place) and the Brooks Adrenaline GTS 14’s.

I now think in hindsight I was directed towards the new Brooks all for an easy sale.

With my new shoes sorted I had one other thing to try and tackle and that was race day nerves. I felt the best way to deal with it would be to run in a race prior to the GNR for some experience. Someone in the local running group told me about a website that listed all the races nearby – http://northeastraces.com/ and I discovered that Morpeth 10K was coming up the next week with entry available on the night of the run.  I was going to be all over that in my new shoes!!

The Couch to The Great North Run – Part 1

The Couch to The Great North Run – Part 3

The Couch to The Great North Run – Part 4

The Couch to The Great North Run – Part 5